Lindsey Vonn to miss Sochi Olympics Due to Knee Injuries

Olympic skiier Lindsey Vonn annouced today that her dreams of Sochi gold won't be possible. Due to a reinjury to her knee, Vonn will miss the upcoming Winter Olympics in Sochi. 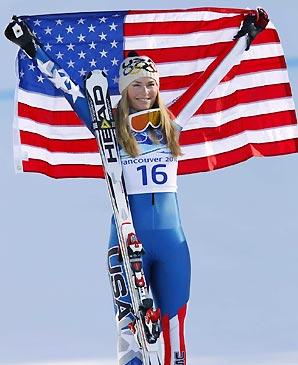 Back in Febrary 2012, Lindsey Vonn sustained injuries to her Anterior Cruciate Ligament (ACL) and Medical Collateral Ligament (MCL) as well as a lateral tibial plateau fracture. Since then, Vonn was treated for her injuries and had her ACL surgically reconstructed.

Recently, Vonn reported that she suffered a reinjury to her surgically reconstructed ACL during a skiing trip. She was diagnosed with a partial retear of her graft and was cleared to continue physical therapy and restart skiing activities at the discretion of her physician and trainer.

Unfortunately it was announced today that the skier will miss the upcoming Olympic games because her knee was too unstable to ski with and will require another surgery. The superstar skier is most likely experiencing a recurrent instability of the knee because of the partially torn ACL graft. Despite the fact that reports indicated that Vonn's graft was only partially torn, it's likely that it was enough to seriously affect her activity. In many cases, it's not unlikely to see that the graft has been compromised enough that it no longer provides rotational stability--something that is paramount for a skier.

The only solution in these cases is to perform a revision ACL reconstruction, which places an entirely new graft in the knee. Unfortunately for Vonn, this will likely place her out of skiing for at least 6-8 months after surgery, and in some instances even longer.