The World of a Phillies Doctor: More Than an Orthopedist, A Medical Renaissance Man

“What your average Phillies fan sees on the field at Citizens Bank Park is just the tip of the iceberg. The overwhelming bulk of the organization lies beneath the surface in the minor leagues,” says Dr. Ciccotti who has since retreated into a medical team office to review some images with James Ready, Head Minor League Training Coordinator for the Phillies.

“We have seven teams and two academies. Only one of them plays in South Philadelphia during the spring, summer and hopefully into the fall, and on that team there are only 25 guys playing. So the bulk of the work is done with the minor league guys.”

“One of my main goals as a physician, whether it be here with the Phillies or at the Rothman Orthopaedic Institute with our athletes, is to educate people about their bodies. By the time these guys get to the major leagues they are relatively self-sufficient. They know what they need to do to be at peak performance and most importantly how to do it right to avoid injury. These guys are the future of the organization. As any baseball fan knows, it’s critical to the long-term success of the big league club to have suitable replenishments from the minor league levels. My role, and the role of all the Rothman Orthopaedic Institute doctors who are part of the Phillies team physicians, is to prepare these guys physically to step up when called upon.” 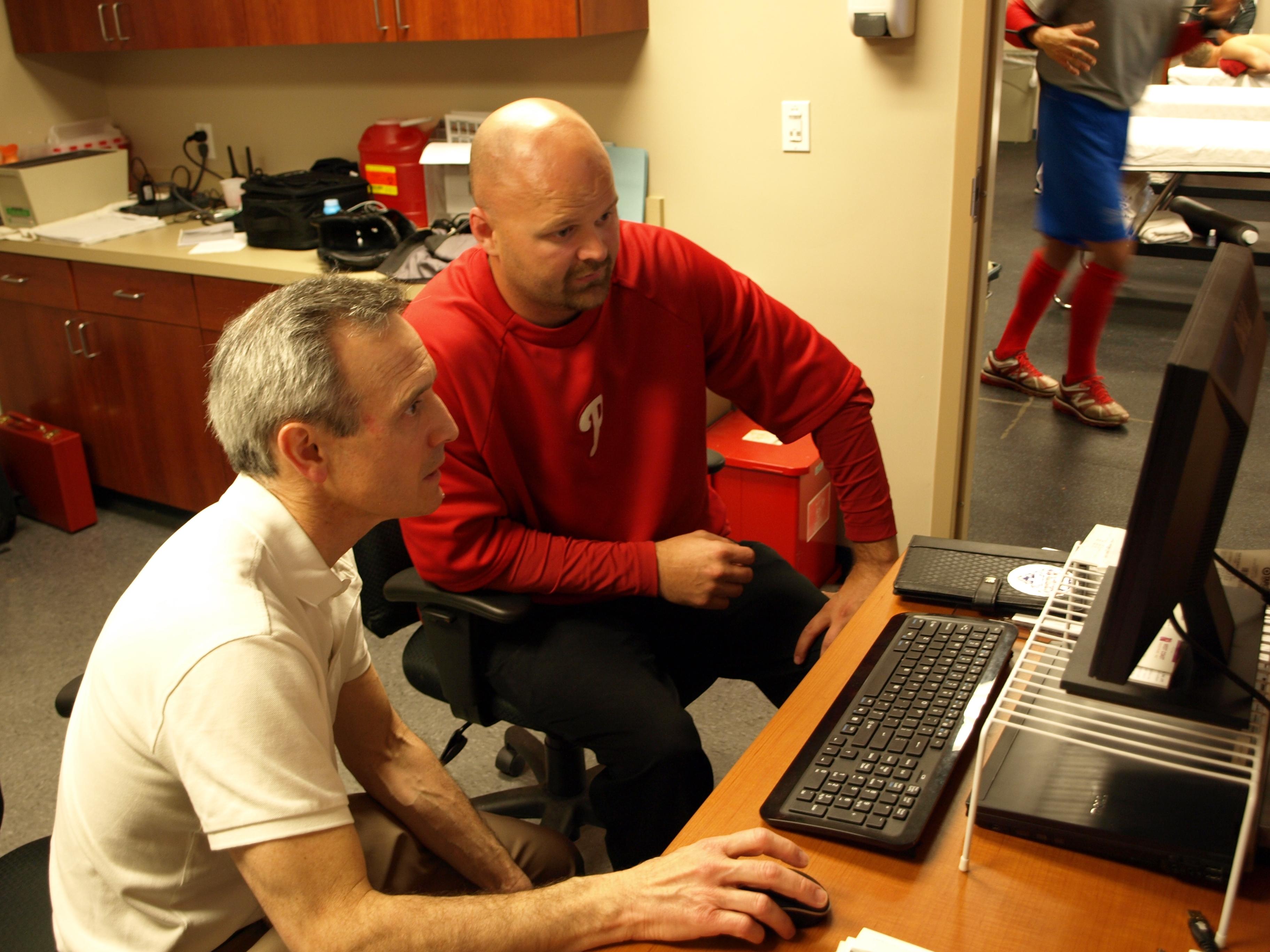 Dr. Ciccotti is the Phillies’ head team physician. He’s not just an orthopedist, but is the overall Medical Director. That means he is responsible for all the medical care for the team.

Got the flu? Go see doc?

“I coordinate the care of every injury and illness on this team, not just orthopaedics. Usually the players will approach Scott or James first and then I will get a call or a text. Some go to see my Rothman Orthopaedic Institute colleague and fellow Phillies’ Team Physician, Marc Harwood. Others, depending on the nature of the illness, get sent to a variety of specialty consultants we have on call.”

When injuries or illness linger and become long-term, that is usually when a player’s agent will get involved. They often times will ask for a second opinion.

“I have no problem when any patient asks for a second opinion,” says Dr. Ciccotti. He means it.

“ It could be a field hockey player in Radnor, a varsity point guard from Runnemede, or a right handed pitcher in the big leagues. I know that we provide premier, state-of-the-art care for athletes at the Rothman Orthopaedic Institute, but I am always open to getting another perspective just as long as the second opinion is from an expert on the issue. I ask whom they’re going to see just so I can be sure it’s the best person for the individual’s problem. We have players from other teams who seek us out to provide care or perform their surgery. It really is no big deal. The goal is always to make the patient, regardless of who they are, comfortable and confident that the care they’re receiving is the best.”

Once all the minor league players have been evaluated, Dr. Ciccotti will call in prescriptions for those who need them, which on this day was very few and then it’s back outside. 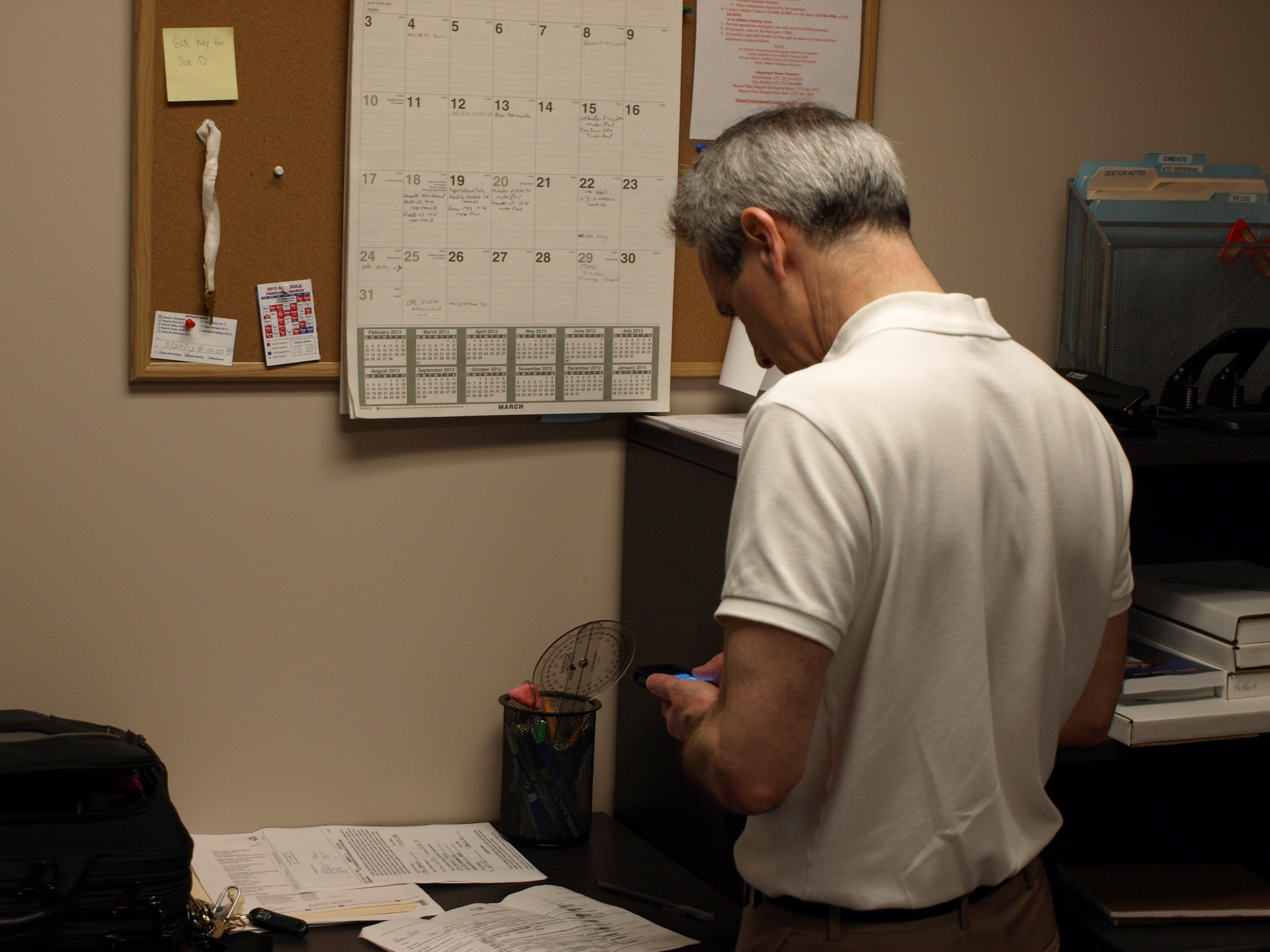